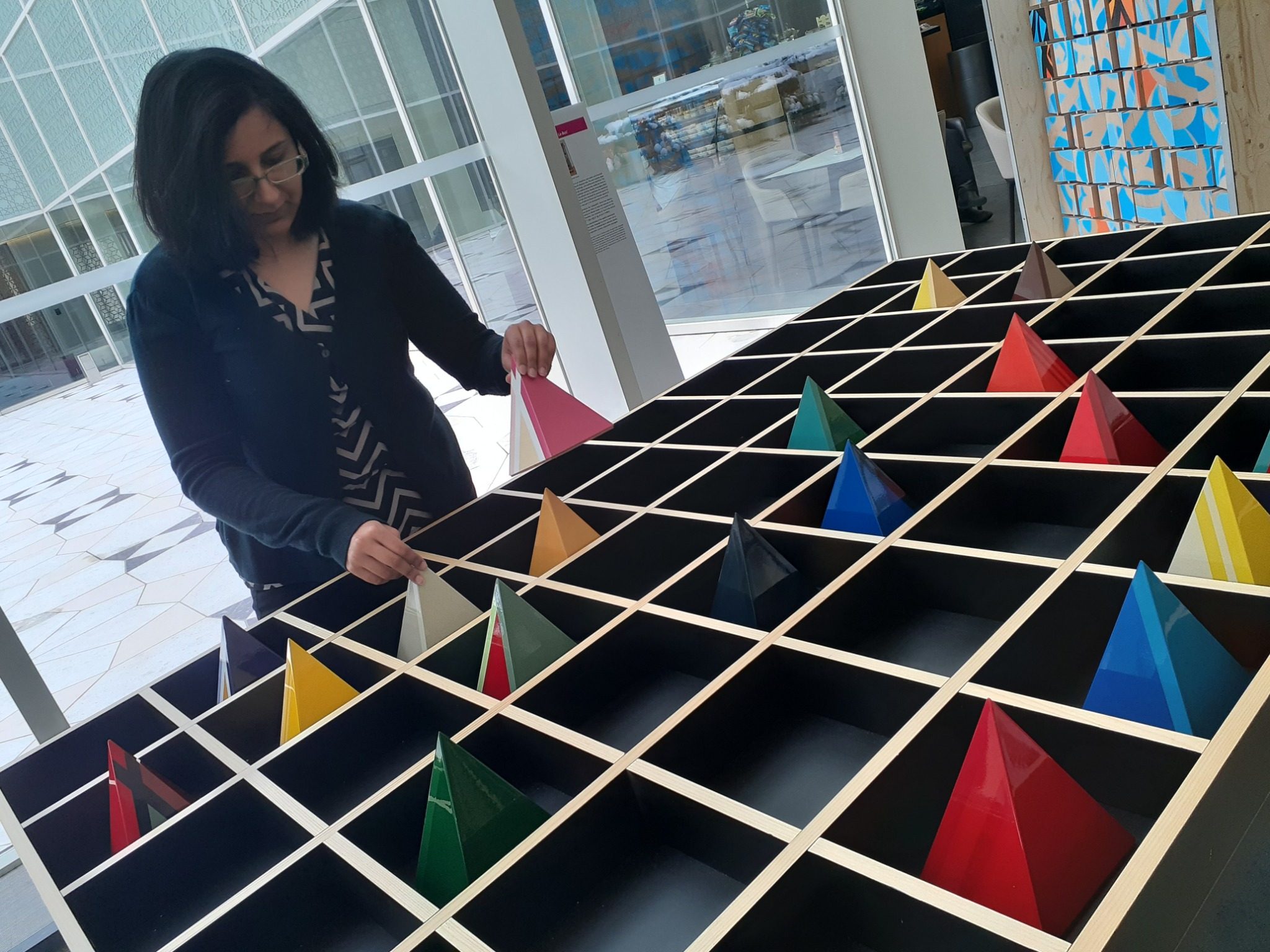 Don't ask me where I'm from

A four-word question that can have the power to either give you a sense of belonging or exclude you from the status quo: "Where are you from?"

If, like myself and many other immigrants, you have lugged suitcases around much of your life, you might have a perfectly rehearsed response (much like the one in my bio) that usually ends in the bewilderment of your audience and a follow-up, "Of all the places you've lived, which is your favourite?"

I was touched by how fifteen artists movingly articulated the complexity of identity rhetoric and politics in the 21st century through the current exhibit at the Aga Khan Museum entitled Don't ask me where I'm from. The installation aims to unpack the struggle of being neither here nor there, a feeling that I have tried to negotiate with my entire life - only to grow in my understanding that I am allowed to both exist in and fluidly move through more than one space at a time.

But, this is difficult when often the world's response to the fear of globalism is to become increasingly insular within that which is familiar by "othering" that which is different and therefore seemingly threatening to an existing way of life. His Highness the Aga Khan, my spiritual leader and the founder of North America’s first museum dedicated exclusively to Islamic arts says, "The quest for identity can become an exclusionary process - so that we define ourselves less by what we are FOR and more by whom we are AGAINST. [...] What is required goes beyond mere tolerance or sympathy or sensitivity - emotions which can often be willed into existence by a generous soul. True cultural sensitivity is something far more rigorous, and even more intellectual than that. It implies a readiness to study and to learn across cultural barriers, an ability to see others as they see themselves."

What if..just what if, we entertain and embrace the possibility of what we can all achieve together if we are willing to put in the hard work and vulnerability? Many of the societies in which I have lived, seem to me, more preoccupied with what I am not than what I have to offer. This is entirely a matter of perception, the power of which is embedded in the meta-message behind some of the pieces in this exhibit: "Each time a viewer engages with the work, it will display a fresh interpretation. Each interpretation will be a true reflection of the participant's perception and individuality," artist Liberty Battson expresses.

This attaches to the idea of inclusion a novel approach of constant transformation - there is no single way of participating as a human being all the time. We are in perpetual dialogue with the changing world around us, and that conversation can manifest as a cohesive, constructive, colourful work of art or an excuse for further divisiveness should we choose to interpret it as such.

From forgotten passports to seeing the first lock of your long hair on the floor to learning your grandmother's language to fading memories to being uprooted to the exhaustion of battling stereotypes, this engaging exhibit reassures me that I am not alone in facing the challenges of what it means to not only figure out who you are within a cosmopolitan framework, but to also have to actively spend your life convincing others to see you for who you are. It is no wonder to me why artist Erica Kaminishi chose this poem in which to anchor her story:

"Far from me in me I exist

Far from me in me I exist

Apart from who I am,

The shadow and the movement in which I consist" -Fernando Pessoa